Owing to the latest terrorist attacks this past November in France the EU strengthens border controls along with other countries around the world, the ministers from the Interior and Justice departments of the European Union have met to evaluate changes in the Schengen Area to strengthen external borders. Greater internal control is also expected, as well as improved anti-terrorist and intelligence coordination, registration of airlines passengers and stronger weapons controls in the 22 EU countries and its four associates.

European citizens will also be systematically monitored when they enter or depart the Schengen Area and borders within the area will also be strengthened, with access to data bases for police that will allow them to see information on suspects, people with search and arrest warrants, and those wanted for other crimes. Control of internal borders is a subject that is still to be reviewed, but could put into question the integration and reasoning behind the Schengen agreement.

Previous monitoring of all passengers on every flight within and outside of the EU to evaluate risks is also being evaluated.

Control of the flow of refugees is also being assessed, so that every person arriving to Europe through Turkey, mainly, will be registered via fingerprints and identification documents with strict security checks. To do this, the EU is considering sending European agents to countries that may encounter difficulties with the high flow of refugees and who do not have sufficient resources to carry out systematic controls.

Finally, the EU is considering putting political pressure on the Balkan countries so that they reinforce the fight against arms trafficking. 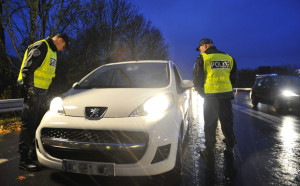